I grew up along Penobscot Bay.

My debut novel, The Lowering Days, is available from Harper in the U.S., HarperCollins in the U.K., and Editions Gallmeister in France. My short stories have appeared in several publications, including Tin House, Alaska Quarterly Review, Shenandoah, Epoch, and Narrative Magazine, where I was a winner of the 30Below Prize. I also write reviews for the NYTimes Review of Books.

I live in Maine with my family and many dogs. 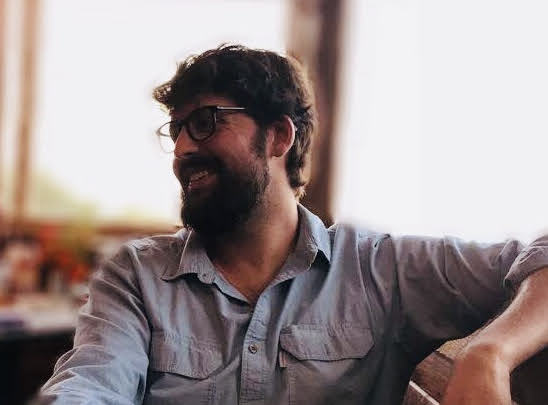 The thing about water is that it will follow you, sometimes without you even knowing it.

​My first two years in the world were defined by a tiny attic bedroom window looking out on Swan Lake and Mount Waldo on the far shore.

Later, my parents moved back into town, returning to the house my father had grown up in. Belfast was a deep-water harbor town in the end days of an environmentally catastrophic poultry processing era. The ocean stretched along the land to the east. The Little River picked its way through the woods near our house. And the Penobscot River, a constant presence, stretched from the bay up through the outlying small towns in which my aunts and uncles and grandparents lived. All of this is Penobscot Nation territory. It had become my family's home as well. No matter where you're from or where your feet take you in this country, I invite you to remember that you are on indigenous land.

My first novel was about a fictionalized version of the Penobscot River watershed, where members of my family have lived and worked for nearly four centuries. It’s a place I return to often in writing. As a kid, it seemed we'd always just kind of been there. We seemed stuck. I resented it, really. I was much older before I realized how preposterous and special it was to be able to stake that much permanence, that much known geographic history, to one’s past. I came to see what a privilege a deep sense of rootedness was.

I still live in what’s now called Maine, in traditional and current Wabanaki territory. It is the dawnland, the first land to receive the light each day, and the place that has always fed the landscape of my imagination. Now I write from an upstairs window that looks out on a different lake and different mountains. And turning through the catalogue of all the places I've lived, I find that every apartment, cabin, and house has been within a short walk of a river, stream, pond, lake, or sea.

My fiction often starts with the interaction of place and people. It could be the little yellow house on top of a hill where my great aunt has lived for years and where a freight train once lumbered through the woods. The clearing nestled in a pine grove where a half-finished and fully forgotten wooden boat sits on stocks and has become a kind of feral jungle gym for kids. An old cedar fence where the light comes falling through the knotholes in the afternoon and creates a tapestry of strange and surreal shapes on an otherwise normal small town street. And while fiction is primarily an act of imagination, it can hold echoes: of all the people I’ve known in these towns and perhaps some I carry with me but have never met—genetic memory, after all, is a fascinating thing for a writer to consider.