GREGORY BROWN
"IF YOU PAID ATTENTION, YOU COULD SEE THE ENTIRE UNFOLDING OF HUMAN HISTORY IN A STORY . . . "
A promising literary star makes his debut with this emotionally powerful saga, set in Maine, that explores family love, the power of myths and storytelling, survival and environmental exploitation, and the ties between cultural identity and the land we live on. 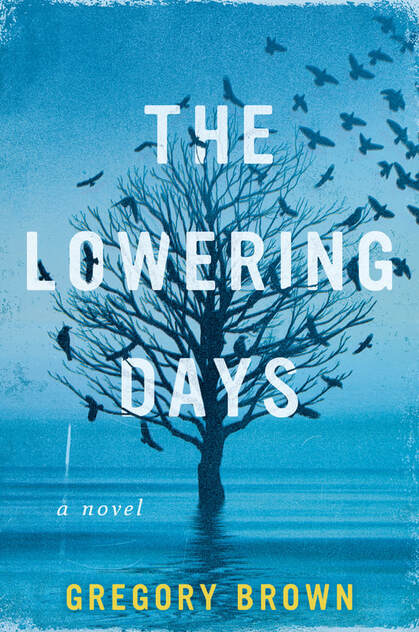 Growing up, David Almerin Ames and his brothers, Link and Simon, believed the wild patch of Maine where they lived along the Penobscot River belonged to them. Running down the state like a spine, the river shared its name with the people of the Penobscot Nation, whose ancestral territory included the entire Penobscot watershed—the land upon which the Ames family eventually made their home.

The brothers’ affinity for the natural world derives from their iconoclastic parents, Arnoux, a romantic artist and Vietnam War deserter who builds wooden boats, and Falon, an activist journalist who runs The Lowering Days, a community newspaper which gives equal voice to indigenous and white issues.

But the boys’ childhood reverie is shattered when a Penobscot teenager sets fire to a shuttered area paper mill on the eve of its reopening in an act of defiance claiming to protect the land from further harm. The fire reveals a stark truth for the residents of the Penobscot Valley. For many, the mill is a lifeline, providing the working-class jobs they need to survive. Within the Penobscot Nation, however, the mill has brought only heartache, spewing toxic chemicals and wastewater products that poison the river’s fish and plants. Call it criminal mischief or environmental justice, the fire sets loose a series of long simmering grievances.

Masterfully orchestrated and pulsating with the rhythms of the natural world, The Lowering Days is a meditation on the flow and weight of history, the resilience and fragility of love, the dangerous fault lines underlying family relationships, and a paean to an enduring land where stories are created and shared between cultures and generations.
The Lowering Days is available for pre-order in hardcover, ebook, and audiobook at your favorite local bookstore. Please support them if you can.