“In The Lowering Days, Gregory Brown gives us a lush, almost mythic portrait of a very specific place and time that feels all the more universal for its singularity. There’s magic here.” 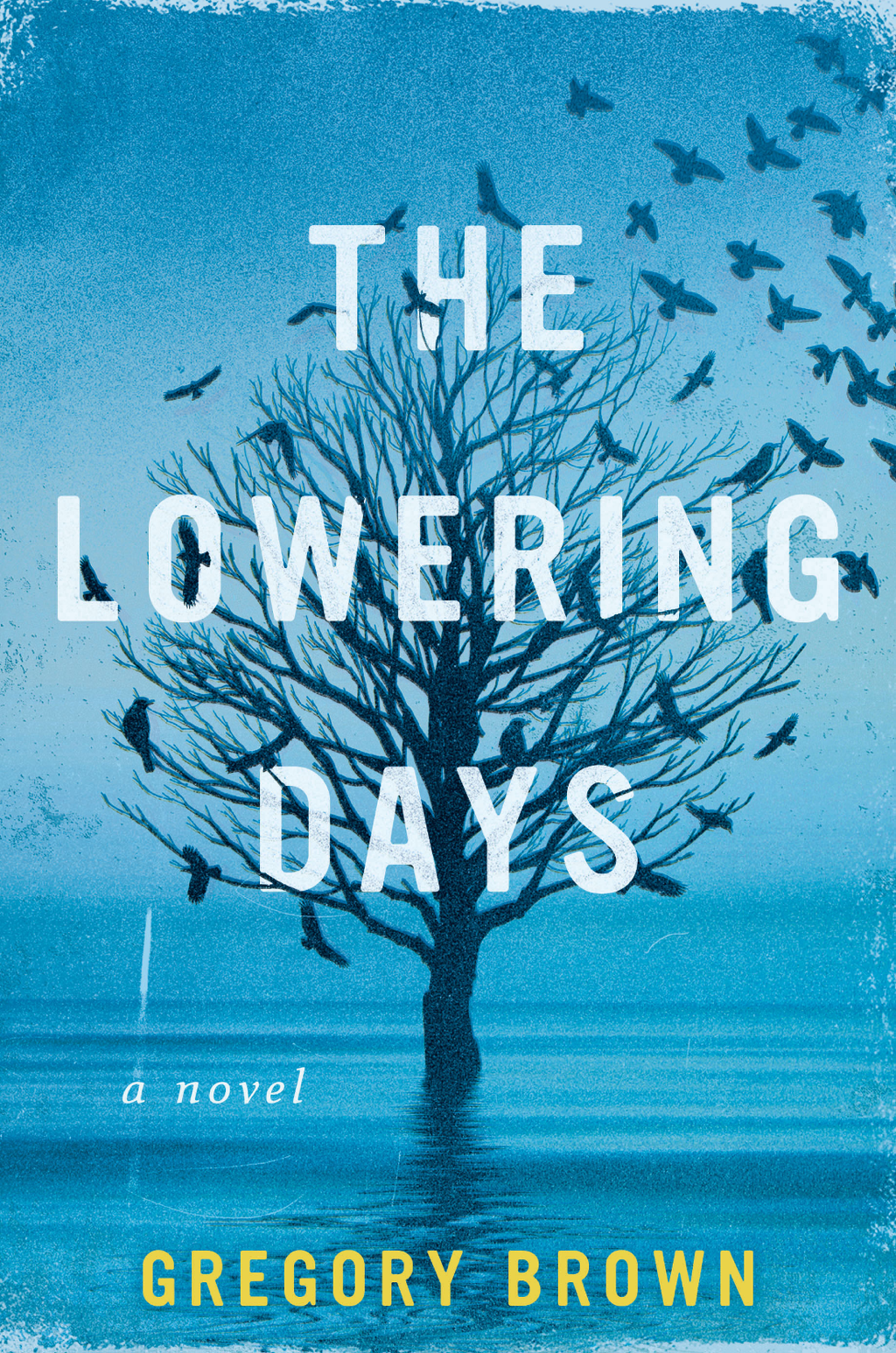 “The Lowering Days is expansive in its scope and intimate in its details, a lyrical and sincere work by a novelist fully alive to the natural world."

— Anthony Marra, New York Times bestselling author of A Constellation of Vital Phenomena
If you paid attention, you could see the entire unfolding of human history in a story . . .
A promising literary star makes his debut with this emotionally powerful saga, set in Maine, that explores family love, the power of myths and storytelling, survival and environmental exploitation, and the ties between cultural identity and the land we live on.

Growing up, David Almerin Ames and his brothers, Link and Simon, saw the wild patch of Maine where they lived along the Penobscot River as theirs. Running down the state like a spine, the river shared its name with the people of the Penobscot Nation, whose ancestral territory included the entire Penobscot watershed—the land upon which the Ames family eventually made their home.

The brothers’ affinity for the natural world derives from their iconoclastic parents, Arnoux, a romantic artist and Vietnam War deserter who builds boats by hand, and Falon, an activist journalist who runs The Lowering Days, a community newspaper which gives equal voice to indigenous and white issues.

But the boys’ childhood dreamscape is shattered when a Penobscot teenager sets fire to a shuttered area paper mill on the eve of its possible reopening in an act of defiance seeking to protect the land from further harm. The fire reveals a stark truth for the residents of the Penobscot Valley. For many, the mill is a lifeline, providing working class jobs they need to survive. Within the Penobscot Nation, the mill brings only heartache, spewing toxic chemicals and wastewater products that poison the river’s fish and plants.

Evocative, atmospheric, and pulsating with the rhythms of the natural world, The Lowering Days is a meditation on the flow and weight of history, an exploration of the power and fragility of love, an examination of the dangerous fault lines underlying families, and an offering to an enduring land where stories are created and told.
The Lowering Days is available for pre-order in hardcover, ebook, and audiobook at your favorite local bookstore. Please support them if you can.
If you're looking for a place to purchase the book, here's a list of independent bookstores close to my heart: PRINT: a bookstore (ME) / Left Bank Books (ME) / Bridgton Books (ME) / Longfellow Books (ME) / Gulf of Maine Books (ME) / Nonesuch Books (ME) / Blue Hill Books (ME) / Brookline Booksmith (MA) / The Odyssey Bookshop (MA) / The Toasdstool Bookshop (NH) / Burgundy Books (CT) / Crow Bookshop (VT) / Politics and Prose (DC) / Harriett's Bookshop (PA) / Prairie Lights (IA) / Birchbark Books (MN) / Powell’s (OR).